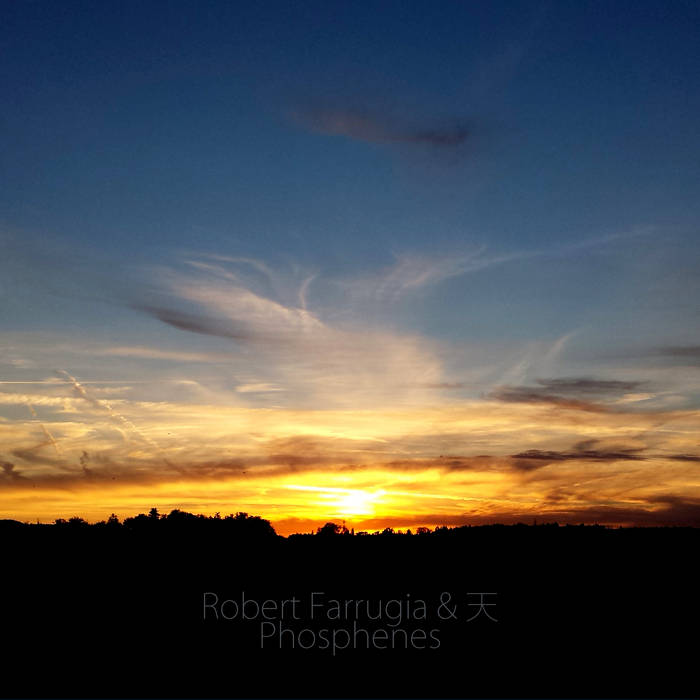 
Robert is an Ambient/ Experimental/ Neo-classical artist from Malta, Europe.
His work is mainly influenced on the styles of Hammock, Sigur Rós, Stars of the Lid and Brian Eno . His works are based mainly on vast Soundscapes integrated with piano tracks and to a certain extent, voice-over samples. One can see that a minimalistic approach in his music is certainly prominent, ultimately creating rather soothing and extensive soundscapes. Methods of productivity in his music result in a certain set of distinct sounds, creating a rather unparticular and unexampled identity.

天 is an Ambient / Field Recording project by Roman Willi from Lucerne, Switzerland.
Its goal is to create a mixture of natural sounds and ambient soundscapes for meditation and relaxation. The Field Recordings used are always self-recorded. Roman is influenced by the works of Saito Koji, Nobuto Suda and Michiru Aoyama.

Roman Willi (aka 天) & Robert Farrugia have recently decided to collaborate on a small project entitled 'Phosphenes', ultimately resulting in a small EP. The EP is just above the 10 minute mark and consists of two tracks:
'Phosphenes' & 'Endless Fields'.
The EP will be released through Batenim netlabel (Italy)

Bandcamp Daily  your guide to the world of Bandcamp

cktrl talks about heartbreak and his new record 'Robyn'